Learn more about our neighborhood

and Midlothian Village by going to the links below:

The Green is located in one of Richmond's top neighborhoods when considering high-end demographics, rapid growth, proximity of Route 288, schools and the opportunity for future development.

Midlothian Village and the surrounding area has for 20 years been considered a upscale area and with the completion of Route 288, it is squarely in the limelight for the entire Richmond MSA.

Midlothian’s history includes being the location of America’s first coal mining operation and the second railroad built in the country. Chesterfield County has created a special overlay district for the Village to maintain its historic character and this has also helped in creating a community atmosphere rarely found in a suburban location. With Watkins Elementary, Midlothian Middle and Midlothian High schools in the area, (all of which routinely place in the top 10% of Virginia schools), Midlothian Village has become a magnet to new housing and upper income families.

With the recent completion of Route 288 adjacent to the Village, this housing demand has jumped dramatically. Commercial development had maintained pace with prior population growth, but has recently lagged this new, explosive, residential growth. 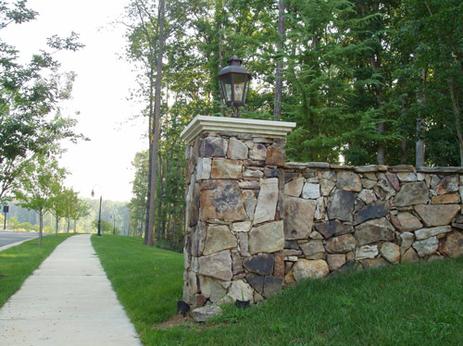